Billiards History with a Twist

With sincere thanks to our Dutch Friends at biljart.ache.nl  we’re publishing our own English translation of their historical timeline. Now our English-speaking visitors, primarily from the U.S., can gain fresh new insights to the recorded events of competition abroad. They now get an important new perspective – from the Netherlands.

And with that, we tip our hats – to honor the important triumphs and contributions of the Netherlands and its countrymen. They forged historic advancements in the game of Billiards as an International Competitive sport. 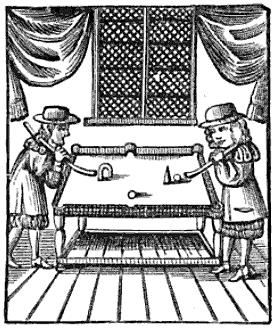 The English see as inventor William Bill Kew. He played the game with three balls and used a yard. Thus, “Bill-yard”?

The French have two versions. A certain Cloud Billiard would have introduced the game to the French court. The naming can be traced back to the French words ‘bille’ = ball and ‘art’ = art.

Where and how billiards has arisen has never been clear until now:

1653       Dutch emigrants have taken some billiards to America. 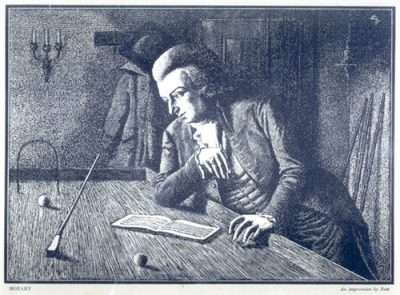 1823       MAJOR INNOVATION – The Frenchman Mengaud provides the top of a pomerans (felt or leather tip of a cue). Now its drawbars and effect have also become possible.

1855       The first recorded party is between the American Michael Phelan and the Frenchman Demon. The table size was 360 X 180 cm. The game was about 3 times 100 caroms and was won by Phelan with a highest run of 9. 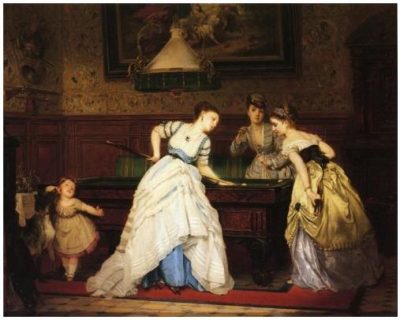 The Game of Billiards by Charles Edouard Boutibonne France 1869

1860       Billiards is carefully studied and played in the Parisian Academy of Billards.

1874       Mr. Berger from Lyon thinks he should be regarded as the discoverer of the Série Américaine.

1910       In the north of the Netherlands a lot of billiards is played. The wooden tables were sometimes provided with sheets. They played with ivory balls. Prominents were: Rolf Bierling – Groningen, Goye Bijlsma – Bolsward, Tjibbe Terpstra – Leeuwarden, Nico Verkley – Amsterdam.

1880       E. Graveleuse formulates the rules for the ‘triplet framework’ at 12 or 15 cm. The Frenchman Maurice Vignaud makes a Série Américaine of 1531 caroms in Salle Valentine in Paris. His opponent, the American Slosson, did not go beyond 1103 caroms.

1880       The Grand Hotel Krasnapolsky opened a billiard room in Amsterdam with 14 tables.

1883       The first 21 cm World Championship frame takes place at the Central Music Hall in Chicago. The professional players are the first world champion to know the Dutchman Jacob Schaefer.

1884       The Dutch billiard match is played in the Harmonie in Groningen. There are about 80 participants registered. The 600 spectators see Rolf Bierling as the winner.

1885       Rolf Bierling loses on January 12 in the Goudse society ‘Ons Genoegen’ by the Amsterdam-based Nico Verkley. Box 35/2 is being introduced.

1892       In June, an international billiards tournament is held in Scheveningen during a major sports exhibition.

1895       In the United States a federation is set up to bundle billiards organizations. Frenchman Yves wins the first 45/2 box tournament. The highest series was 200 and the average 24.11. The Groningen billiards club is established.

1901       In this year the Frisian Club in Leeuwarden and BV Amsterdam will be established.

1902       The Frenchman Louis Rérolle wins the first generally recognized 45/2 box world championship. The French founded a billiards federation. The Biljartacademie opens its doors in the Warmoesstraat in Amsterdam. Trainer William Hoppe has a contract for fl. 100, – per day. Matches will be played in Odeon on 2 and 3 December. (Singel – Amsterdam)

1906       The Belgian Billiards Federation is established.

1910       The French professional Vignaux loses a frame 71/2 match from Charles Faroux, an amateur. 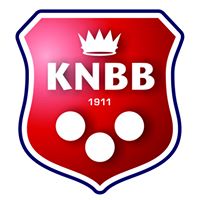 1911       The Dutch billiard federation (NBB) is founded on 22 January. The first 7 associations see the statutes approved on 17 September of that year. From 4 to 6 April the first Dutch billiards championship in box 45/2 will take place in Musis Sacrem in Arnhem. The winner on the big billiards will be HJ Robijns.

1923       The establishment of the IUFAB (International Union of Federations for Amateur Billiards) will take place on 17 December. Founders are Belgians, French, English and Swiss. The NBB joins the Dutch Olympic Committee

1925       The Gravenhaagsche Biljartclub is hosting the first European championship frame 45/2 at the Haagse Dierentuin, from 12 to 15 February. Jan Dommering is the first Dutch player with a European title.

1926       BVKRAS organizes the first Dutch championship three cushion in the Amsterdam Society. Carel Koopman wins with an average of 0,583. In this year the single-foot frame 45/1 will be introduced. This is also the birth year of the Frenchman Jean Marty. Roger Marti’s training by Marti brings great frame titles to Marty.

1928       The first world championship three cushion in Reims is the winner of the Egyptian Edmond Soussa. The World Championship 45/2 in Amsterdam receives little attention because of the Olympic games there. The visit of HRH Prince Hendrik cannot change that.

1930       The birth year of billiard artist Tiny Wijnen. In this year the framework 71/2 is for the first time lost in Vichy. The NBB receives from the NOC the ‘Van Tuyll-cup’ because of the world title three cushion HJ Robijns.

1931       The Egyptian Soussa is the first player to take the 500 caroms in the 45/2 frame in one inning. In Vichy, the Portuguese Ferraz winner of a match in the play of the ‘Fantasy Classic’. There were 12 participants.

1932       In the 45/1 the Frenchman Albert is the first European champion on the honors list. In Lille (France) a second competition is held in the ‘Fantasy Classic’. The Spaniard Martinez is over 48 crashes (figures) stronger than 11 other participants.

1935       On the Dutch competition calendar space is reserved for the framework 71/2. On 6 January Piet de Leeuw will be the first champion in the clubhouse of BV ‘s Gravenhaagsche. The Dutchman Jan Sweering wins the world title in the pentathlon. 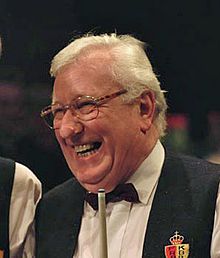 1946       The competition system of the NBB is decentralized by the establishment of districts.

1947       The NBB again receives the ‘Van Tuyll cup’ because of the international achievements of Piet van de Pol and Piet de Leeuw.

1948       Decentralization is being further expanded by setting up regions. The IUFAB determines in Brussels in August that framework 45/2 is being extended to box 47/2. The frame line now comes to 1/3 of the width (47,416 cm). For the middle subject, the framework rules now apply as for all subjects.

1949       Operated by the BV ‘s Gravenhaagsche, the first European championship 47/2 is played in the Kurhaus in Scheveningen.

1950       Piet van de Pol wins the Dutch championship 47/1 with a average of 16.68. This frame game type is not yet placed on the international calendar. The Dutch achieve the European title in the game types: three cushion, libre and box 47/2.

1951       On the occasion of the 40th anniversary, the NBB receives the predicate royal. From now on we speak and write about the Royal Dutch Billiard Federation, short: KNBB

1956       The annual meeting of the IUFAB will not take place due to administrative weakness and French-Latin domination. The FIB is founded in Liège on 18 August under the direction of Georges Troffaes. (Fédération Internationale de Billard) From now on, artistic billiard has 76 compulsory figures and a total of 500 points.

1957       In October, the IUFAB and the FIB in Paris will meet in the UMB (Union Mondiale de Billard). Each continent will have its own administrative section as part of the world federation. Europe is headed by C. Troffaes as President of the CEB (Conféederation Européeenne de Billard)

1959       A Pentathlon for national teams is held for the first time in Amersfoort.

1961       In September, the KNBB is formed by an inspired stimulus from Mr Van Beem, a youth department. The first youth leadership courses are given in Oirschot. Raymond Ceulemans is third in Trieste during his international three-cushion debut. The KNBB has 13,000 members.

1962       In the first national youth tournament is played for the Sportperswissel Cup.

1964       Ceulemans wins the world title of the second pentathlon championship, held in Antwerp.

1965       Former professor Jean Marty wins Zwanenburg the European framework 47/1. There are many complaints about impure ivory.

1974       The KNBB federation agency moves from Amsterdam to Leusden.

1990       It is seriously thought about giving the snooker a place within the KNBB Foundation of Grandprix players, to represent the interests of the three-cushion big players (VVGPS).

[This is the end of the account from biljart.ache.nl. We recognize and thank them for publishing the Dutch version.]